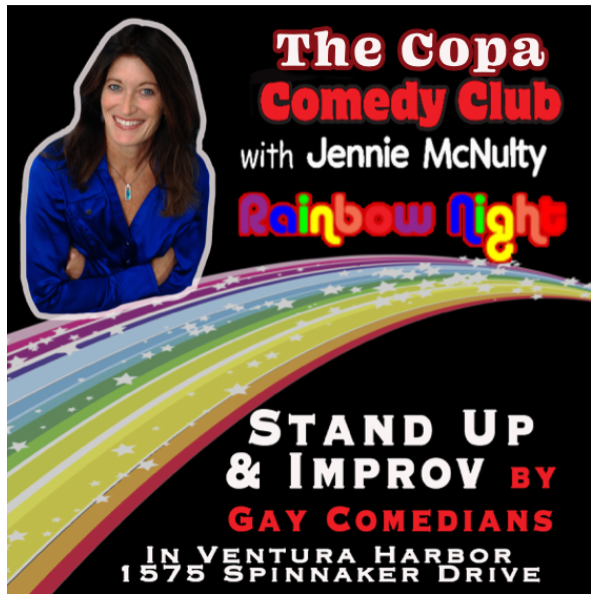 Jennie McNulty is “One of the premiere comedians in the country” as proclaimed by The New England Blade. The Examiner called her an, “infectiously energetic, remarkably deft comic with a warm disarming style and some of the best improv skills in the business.”And Curve magazine rates her amongst the “Top 10 lesbian comics.”Her playfully sarcastic style is sure to win you over and most definitely make you laugh.

Jennie’s comedy career has taken her all over the world, from entertaining troops in Iraq, Afghanistan and Eastern Europe to the beautiful beaches and serene sea ports of the LGBT travel world with “Olivia,” “Atlantis” and and other travel companies.

In addition to headlining comedy clubs, colleges and events across the country, Jennie’s also headlined LGBT Events and Pride Festivals everywhere and spent 6 summer seasons performing nightly in Provincetown, MA. She also produces comedy/variety shows in the Los Angeles area and was a regular host at the Improv at Harrah’s in Las Vegas.

Years of performance experience has also made McNulty a sought after comedy tutor. From beginners to award winning stand ups, “The Joke Dr,” McNulty has helped countless comedians “find their own funny.” And, in addition to individual coaching, Jennie also frequently runs stand up writing workshops in an online web conferencing format. For more info, visit www.thejokedr.com.